Back in the 80’, lots of companies were competing over the top ranks with their high-end cassette decks. One company was recognised as a pinnacle of excellence in cassette deck industry. It was, of course, Nakamichi. After the Nakamichi Dragon-CT turntable review, I’ve got another Nakamichi Dragon here to play with. You guessed it right, I’m talking about their famous tape deck. Actually, it’s probably the most famous tape deck ever. The name itself screams power and it’s not by chance, the Dragon is considered to be one of the best tape decks of all time.

From time to time, an excellent deck appeared, Revox B215, Tandberg 3014, TEAC Z-7000, Yamaha KX-1200, SONY’s TC-K777ES or Nakamichi’s own CR-70, people started calling these “the Dragon slayer” or “the Dragon killer”, but were they, really? It only demonstrated one thing and one thing only, the Dragon was really special and everybody was trying their best to take it down off the throne.

It was 1982 and everybody else was naming their products abcxyz564 blahblahblah, but Nakamichi came out with the DRAGON. Nakamichi always named all their decks the same way other companies did, except for the CassetteDeck cassette deck and then the Dragon. It was the last time they did that and they would never do that again. The name itself is powerful and for a good reason, it was a monster. Not because of the size or number of buttons and knobs, but unbelievable sound, mechanical and build quality and state of the art features.

The Dragon was designed by Kozo Kobayashi and Niro Nakamichi, Niro was Etsuro Nakamichi’s brother, who unfortunately died the same month the Dragon came out. Nakamichi always new how to design a device and the Dragon wasn’t an exception. There are many cassette decks out there, with exceptional design, but Nakamichi was always somehow special. Not only because their decks were praised by practically everyone for the sound quality, but they really look amazing. It may seem like the Dragon is a tad overpopulated, but every button and every knob is actually quite useful. All control buttons and knobs work perfectly, nothing feels knackered and the response of all these buttons is instantaneous. Build quality is simply superb. Level meters are simple, but I fancy how they look, they match the 80’ perfectly. Play and record indicators look very nice and it even changes the colour when you’re recording. 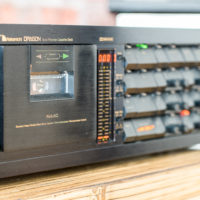 Nakamichi decks were always about top performance and the Dragon wasn’t an exception. Nakamichi had implemented number of new features, some of them quite revolutionary. Let’s start with the obvious one.

Lots of lower end decks from that time had only two heads, one for playback and recording and one for erasing a tape. The Dragon’s got three, one for playback, one for recording and one for erasing. Playback and record heads are made of Crystalalloy, Nakamichi’s proprietary material, that is a bit softer but magnetically more linear. They are rated for 10 000 hours, which doesn’t seem too much, but if you consider that you listen to the cassettes 2 hours a day, it makes it last 5000 days, which is almost 14 years of everyday playback. This setup has couple of advantages. Since there are separate heads for playback and recording, the heads are usually higher quality. Not only that, but with separate heads, you can monitor what’s being recorded in real time, one head is recording while the other one is playing back what’s being recorded. This setup has one obvious disadvantage though, it’s a bit more expensive.

Another quite small but significant improvement was the pressure pad lifter, which significantly reduced scrape flutter by pushing the cassette’s pressure pad out of the way.

Another feature was a direct drive. And it’s exactly what it says it is. The capstans are driven rather directly by a gear train and not by belts as it was standard at the time. Direct drive is a tad simpler and you don’t have to worry about replacing worn out belts or belt slippage. The motors are controlled by a quartz clock and it made the Dragon exceptionally accurate. Wow & flutter used to be a big thing back then and you couldn’t find anything better than the Dragon at the time. The problem may arise when the cogwheels are worn out, then it’s more expensive to replace them or it may even be impossible to find a replacement.

Perhaps the most important and most interesting feature of them all was NAAC, Nakamichi Auto Azimuth Correction. It’s a system that adjusts the playback head in real-time to detect and then to correct the azimuth error for better accuracy. Even though it was a massive success, Nakamichi didn’t implement the NAAC in any other cassette deck ever since.

The Dragon was the first Nakamichi cassette deck with bidirectional autoreverse playback. In combination with the NAAC, it was a bloody masterpiece. When a deck uses some sort of reverse mechanism, it’s usually a low-end deck, because when the tape is in a reverse mode, the head should be realigned for optimal performance and it, of course, costs money to implement such a feature. The Dragon just reverses the direction and the NAAC does all the rest. However, it was very expensive to produce and maintain, so Nakamichi dropped this system for the future decks and implemented for example a bit overengineered reverse system in RX-505. Not as effective, but certainly cheaper. There was only one system similar to NAAC and it was made by Marantz, it was called MAAC, I reckon you can guess what that stands for. As well as Nakamichi, Marantz implemented the MAAC system only once. While the playback works in both directions, the recording works only in the forward direction. That also means when you’re recording and you’re in the autoreverse mode, the Dragon won’t start recording on the other side, but rather start playback. 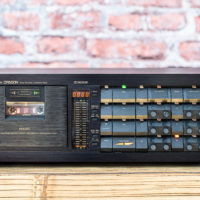 The Dragon is chock-full of buttons and knobs, let’s have a gander at what all of these do. 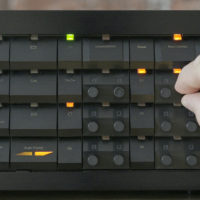 I’ve read all over the web the Dragon’s got unmatched sound quality, even against most modern tape decks, and by ‘most modern’ I mean made in 2000 or so. I’m going to test four cassettes, Type I to IV and I wonder if I can hear actual difference between recordings. I’ll let you listen to what I’ve recorded, so you can compare it by yourselves, to do that, you have to watch the video and skip to this part. They are, of course, direct recordings, it’s the best possible way to let you hear what the Dragon is capable of. Sure, somebody may argue, it also depends on the entire chain, DAC, ADC, etc., but again, that’s the only way to do it. I’ve chosen six tracks for this test and recorded them on the cassettes I’ve selected. I’m going to record these tracks back to the PC through an ADC to find out if there is any difference between the original recording and the recording from the Dragon. I used these cassettes for this test. 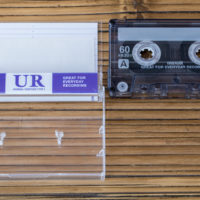 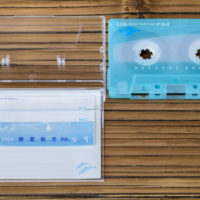 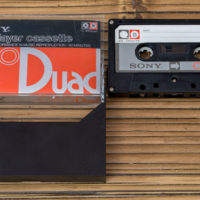 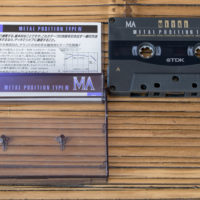 I’ve recorded all those tracks three times, first without using the Dolby system, then using the Dolby B and then the Dolby C to compare if it’s got any impact on the final recording. The Dolby should improve signal to noise ratio up to 20dB and of course to reduce noise significantly. Now, let’s have a listen. I went a bit overboard with the recordings, it’s a bit longer than I initially intended.

The manual says, the Dragon is able to reach frequencies as low as 20Hz and as high as 21kHz with type 1 and type 2 cassettes and 20Hz to 22kHz with type 4 cassettes. Naturally, I wanted to test this. I’ve generated 10, 20, 30, 40Hz and 15, 16, 20, 21, 22 and 23kHz, recorded all these on the metal tape and played them back. Even though practically nobody can hear frequencies above 20kHz, I was curious if the Dragon can actually record and reproduce those frequencies stated in the manual or maybe even lower and higher. 10Hz was too low for the Dragon, but 20Hz was properly good, even though there was lots of background noise compared to the source, so this bit of a scale was alright. Let’s move to high frequencies then. This bit wasn’t as good, the Dragon had problems reproducing even 15kHz, that was disappointing. Me personally, I can’t hear higher frequencies than 15.5kHz, so it’s not a big deal for me. Moreover, I don’t reckon any music reaches such high frequencies either, but I believed it would match the specs.

Erase ratio is more than 60dB, that doesn’t sound very good in theory but I’ve made a video about tape erasing where I’ve tested a bulk tape eraser and the Dragon against each other. It turned out, the Dragon is capable of erasing any tape type and won’t leave any residual bits of the deleted track behind. I’ve even boosted the volume of the deleted bits to find out if I could hear anything, and the Dragon did a cracking job erasing whatever was on the tape. If you’re interested, check the video out.

The Dragon really is a beast. The sound quality it produces is astonishing even by today’s standards. But the question is, is the Dragon something you can’t live without or any cassette deck for that matter? Of course not. Unless you’ve got all your music on cassettes or you need to record to cassettes for some reason, the cassette deck is just another piece of hardware you don’t need anymore. It’s bloody expensive, you need to service it properly to make sure it’s going to last, cassettes are inconvenient and pricey and if some of the Dragon’s heads die for whatever reason, you can’t do anything about it, but buy another Dragon and use it for spare parts. In case you collect old electronics and the Dragon is something you really crave for, then sure go for it, it’s an amazing machine. Whatever you record with the Dragon with the use of a good cassette comes out pretty much perfect. Sure, the tapes hiss quite a lot, but if you use the Dolby NR, the outcome is brilliant for 60 year old technology. When I was test recording for this review, I tried to keep all peaks around 0dB, some cassettes, however, can take some degree of abuse and can peak much higher before the distortion creeps in, which also reduces noise quite a lot.

If you’ve got some old cassettes with the music you can’t get anywhere anymore or you just want to listen to the cassettes for nostalgic reasons, the Dragon is perfect for you. But if you’re looking for a simple system to listen to the music, you should look elsewhere. Cassettes are a pain in the arse for vast majority of people nowadays. You can record about 90 minutes on one cassette which can be quite expensive depending on the cassette you want to use, compared to about million minutes you can store on today’s most basic computer or mobile phone which is basically free to do. What matters in the end, is to enjoy the bloody music.